The Chairman of the Board of Directors of the West African Development Bank (BOAD), Serge EKUE, visited the Glo-Djigbé-Zè Industrial Zone (GDIZ) on the morning of this Wednesday, June 22, 2022.
The visit, which aims to assess the achievements made on the GDIZ platform, also reflects the interest that the financial institution gives to development, the creation of value and employment in Benin.

On a mission to Benin, the Chairman of BOAD’s Board of Directors visited the Glo-Djigbé-Zè Industrial Zone.
At the end of the session of explanation of the project of creation of the industrial free zone, and the field visit, Serge EKUE said he was very impressed by two elements. The first, he says, comes from the “vision of an industrial platform, but also logistics with a strong emphasis on vertical integration”. “Everything is integrated and this Glo-Djigbé platform creates value, creates jobs”, congratulated the president of BOAD.
According to Mr. EKUE, this is a “very good subject […] fundamental” for West African economies. That of transformation, moving up the value chains. “Rather than exporting our materials, our cultures, and exporting them without transformation, today there is an integration in this platform which allows the rise in the value chains”, rejoiced Serge EKUE.
Beyond the vision, he said he was impressed by the achievement. “It is one thing to think, another to act and achieve. And in this case, I see that we have a structure that moves forward, that creates, that acts. This very clearly corresponds to the different mandates of BOAD, and BOAD will always be on the side of such initiatives”, confided the President proud of the vision, and the achievement that accompanies the GDIZ project.
The Director General of SIPI-Benin said he was very satisfied with the visit of the President of BOAD. “The GDIZ is an area that is in the process of being created, investors are setting up and will transform the raw materials. We will have more added value, more jobs, more wealth”, recalled Létondji BEHETON. Referring to the President, he recalled that it is a “pole of stability” for Benin.
Which, according to him, assumes that there will be stable jobs.
Ultimately, 600,000 to 700,000 jobs are planned, including 300,000 direct jobs.
“BOAD is a development bank that has decided to support GDIZ and investors in the area, and we are very satisfied with this visit,” said the Director of SIPI-Benin.
Feeling of satisfaction also with Laurent GANGBES from APIEx.
According to him, the visit of the President of BOAD shows that the actors in charge of the GDIZ project have worked a lot, but that there is still a lot to do. The vision implemented at the GDIZ is that of the government, he recalled very satisfied that “from the outside”, we appreciate the work that is being done.
According to the Director General of APIEx, about 32 companies have committed to settle in the area, and operate in the field of textiles, cashew processing, automotive processing, wood, aluminum, computers , etc. All these companies have already paid the reservation fee, he reassured before emphasizing that they have saturated the capacity of the GDIZ to provide plots to be able to settle.
To this end, the GDIZ is accelerating the process which should make it possible to free up the additional 1240 ha in order to be able to add other companies.
The Chairman of the BOAD Board of Directors signed, this Tuesday, June 21, 2022, the financing agreement for phase 2 of PRoSeR for an envelope of 17.5 billion CFA francs.
Several other projects have benefited from Bank financing. Serge EKUE and his delegation visited the achievements at the Autonomous Port of Cotonou the same day.
FAA
Some pictures of the visit 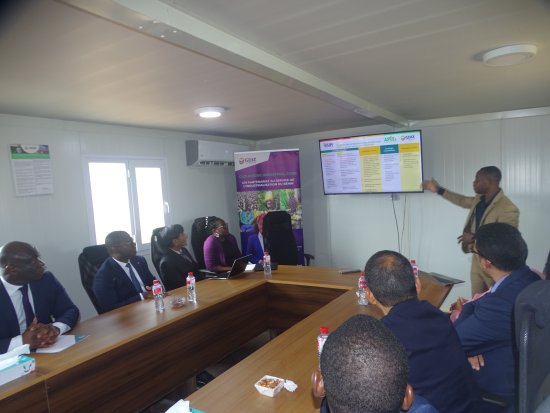 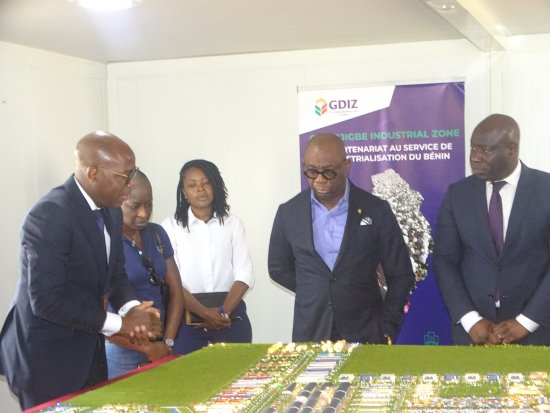 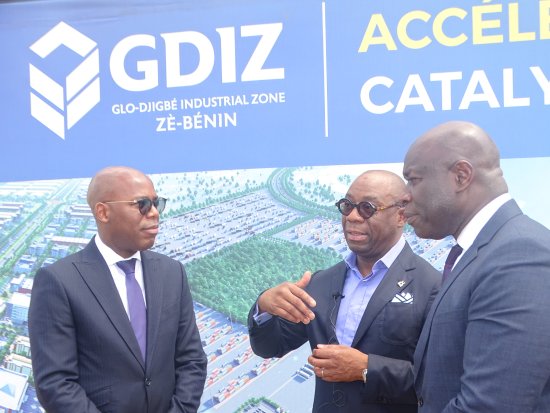 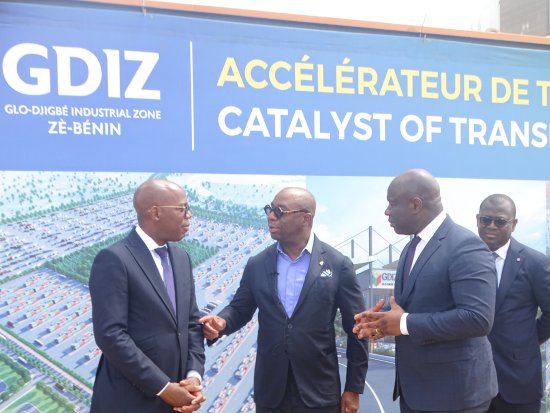